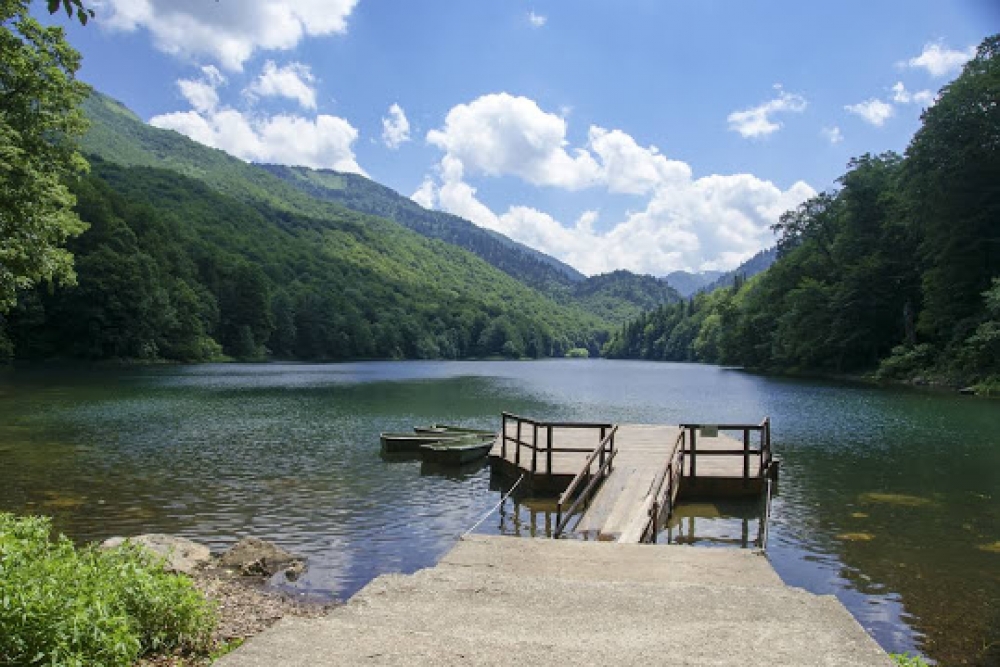 The National Park Biogradska Gora has a special place in the impressive mosaic of natural beauties in Montenegro. This is one of the oldest protected areas in the world with 5.65 hectares spreading over the central part of the Bjelasica mountain range, between the rivers Tara and Lim.

In 1878, the Duke Nikola Petrovic, Lord of Montenegro, discovered the Lake of Biogradsko, the hearth of today's National park. Due to the unique beauty of its lake and forests, he ordered for this area to be strictly protected. This forest was known as "Branik Kralja Nikole" . Thanks to these historical circumstances and the Duke's early understanding of the need to preserve its natural beauty, this area is still an oasis of untouched nature, where time and life go on without man's interference, just like thousands of years ago. The area was proclaimed a National Park in 1952.

Of distinction, the Park contains five magnificent glacial lakes, in particular Biogradsko Lake. The lake itself was created in the terminal basin of a former glacier. The lake, surrounded by primeval forest is located at an altitude of 1094m. A pedestrian path with benches has been built arround the lake, and logn wooden bridge spans the swamp at the mouth of the Biogradska River. During spring and summer the bridge is lost in the greenery of various tall mountain plants so that the passage over the river's delta is truly memorable.

Although it is the one of smallest of five national parks in Montenegro, Biogradska Gora National Park contains great diversity of flora and fauna. There are 26 different habitats of plants with 220 different plants, 150 species of birds, and 10 species of mammals live in this Park and in its forest, there are 86 species of trees and shrubs. In the waters of the park exist three species of trout and 350 species of insects. Rainfall is extremely high in the area, averaging up to 100 inches per year, and allows the growth of temperate rainforest. One of the unique features of the park is its virgin forest, Biogradska Gora (16 km²) with trees over five hundred years old. The most common tree soecies around the lake are European beech, Sycamore maple and European ash.

Learn about Montenegro from your home

Taking into consideration the situation with COVID 19, NTO of Montenegro prepared online tours for sightseeing in our country. You can enjoy in Montenegro through different virtual tours.

The highest peak is Crna Glava of 2,139 meters high, then Crni vrh, Zekova glava and the peak of  Ključ. Bjelasica leans equally on the picturesque mountain chains of Komovi on the southern slopes of the mountain.

The National Park Biogradska Gora has a special place in the impressive mosaic of natural beauties in Montenegro. This is one of the oldest protected areas in the world with 5.65 hectares spreading over the central part of the Bjelasica mountain rang

We will be present as a visitors during Utazas Travel fair in Budapest held from 21st till 24th of February.

The Prokletije region was proclaimed a national park in 2009. It covers an area of 16630 hectares. The park is located in the border region between Montenegro and Albania, between the Podgorica -Skadar basin to the southeast and Metohija to the north