The house is 19 km away from Berane which is located in Gornji Polimlje bordered by plateaus between the peaks of Bjelasica in the west, Cmiljevica in the east, Tivran gorge in the north, due to which the city has northerly winds, and Sutjeska and Previje in the south. As can be seen, it is well naturally limited, except in the northeast, where it is across Police and Bihor through smaller limesto

Eco Katun Kolijevka is located in nature but offers accommodation in the garden, free WiFi internet, room service and car parking service in Berane. Kolašin, a town in the north of Montenegro, is 32 km from this mountain-view property. The cottage is located between two mountain peaks, Zekova glava on one side and Crna glava on the other, it is an ideal place to relax and enjoy.

The rural household "Delevic" is located in Buce, near Berane, and contains two family houses - an old stone house, over 70 years old, and a new house that is intended for tourist accommodation. The household includes a field, garden and ethno-style tasting room.

Eco katun "Devic" is located between Berane and Rozaje, on the mountain Cmiljevica, at 2000 altitude. Cmiljevica is one of the most beautiful mountains in this area. It is located on the opposite side of Djakovica (mountain Tujak) and Rugova. 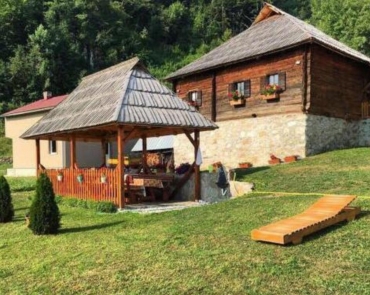 “Kuca Kljajica” rural household is located in the famous village of Lubnica near Berane. The old family house where tourists are accommodated, even though recently renovated, has kept its authentic appearance. 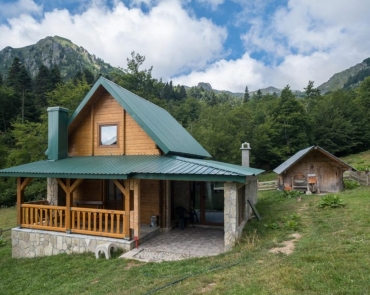 “Katun Suvodo” rural household of the Sekularac family is located at the junction of Biogradska Gora National Park, Bjelasica range, and the villages at the foot of the mountain.